The Pineapple: A Symbol of Hospitality & Friendship 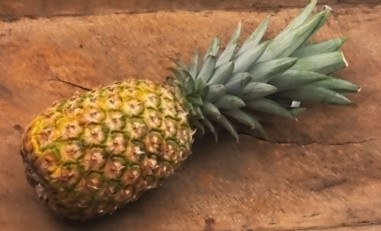 A lot of time & money is spent developing corporate brands. Logos are built & shaped to reflect as much about a company as they can. The old adage, “A picture is worth a thousand words” comes to mind. An image can make you feel a certain way. Often, it does so without us even knowing why.

Westbridge Homes is a custom home builder whose philosophy is steeped in the culture & customs of the South Carolina coast. This unique part of the American South has long been defined by its warmth & hospitality. It’s no wonder we’re one of the top destinations for vacationing families in the U.S.

So what’s with the Pineapple?

This esoteric fruit has long been a symbol of hospitality in the South & abroad. Early explorers to the West Indies & Americas learned that a pineapple placed at the entrance of a village meant all were welcome. This tradition continued with those who settled in the new land. Sailors would hang the fruit on their home’s door to signal their return from a voyage.

Soon, the iconic pineapple began to show up in popular culture, art, and even in architecture. Carolinians are accustomed to sleeping in beds whose headboards & posts are adorned with pineapple carvings. A guest in a Southerner’s home knows they’ve overstayed their welcome, it’s said, when the pineapple posts are removed.

The pineapple was an exotic fruit from a new land, long ago. Steamships made it possible to carry goods farther, faster. As such, they became more widely available in the early 20th century. The popularity of the classic American dinner of Ham with Pineapple Rings is regarded as a hallmark of the success of our nation. Now, everyone can afford to buy the fruit, almost year-round.

There’s something uniquely Southern about this fruit. It’s strong, prickly & even a little foreboding. But at its core, it’s sweet. Maybe for us it says, “We’re a little different, we have our own way. But get to know us, and you’ll like us (even love us).”

We chose the pineapple logo because it represents something significant about our history & attitude. The Grand Strand is a wonderful place to live & work. From Little River to Georgetown, a rich tapestry of cultural influences gives us a personality that keeps visitors coming back each year.

To design & build custom homes, we have to be more than contracted labor. We have to be counselors, advisers & friends. And friendship begins with hospitality. Take a moment to see some of our previous work. When you’re ready to hear more about what a great custom home building experience can be, get in touch.

We’ll keep a pineapple on the front door for you.

Here you can find custom crafted play houses, playsets & even something special for the family dog. Learn More »